In the News: While Congress Stalls, States Lead Immigration Reform

As highlighted in the last In the News, lack of faith in the Congress to pass comprehensive immigration reform has caused groups to lobby for smaller pieces of legislation (i.e. visa reform, changes in deportation policy). Congress inaction has also pushed states and local governments to create their own solutions for the broken immigration system.

A recent report by the Center for American Progress (CAP) shows how states and local governments have been especially active since 2004 in creating legislation that either restricts or aims to integrate immigrants into local economic and social life. Arizona is an example many think of due to their immigrant control policies that resulted in a lawsuit over SB 1070 when the federal government accused them of interfering with the government’s authority for setting and enforcing immigration policy. However, Arizona is not the only state to create legislation that asserts a local agenda for reform. 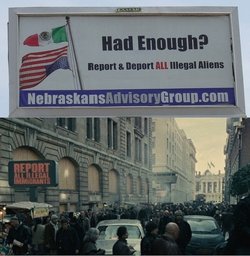 In just the past few months, there have been a number of news stories highlighting recent legislation by states and municipalities. The Nebraska Legislature recently adopted a resolution to call on Congress to pass comprehensive immigration reform. The opinions within the state’s legislature are diverse- some think the current system just needs to be better enforced, and others want a complete overhaul. The majority  agrees that Congress has done nothing to fix it. Within Nebraska, the city of Freemont has adopted legislation aimed at preventing undocumented residents from renting homes. The new ordinance requires prospective tenants to obtain a $5 renter’s permit first, and prohibits landlords from renting to anyone without the permit. This adds another layer of restriction to Freemont living, which already requires renters to swear they have legal permission to live in the United States and requires employers to verify legal work status for prospective employees. Freemont follows the model of many states and municipalities that have restricted housing and employment access to immigrants.

In addition to housing and employment, most state and local legislation focused on issues related to education, deportation, and “local citizenship” (meaning, the ability for local undocumented immigrants to access benefits typically associated with citizenship). In some cases, state legislation is addressing federal immigration issues. As the federal government is routinely criticized for its high deportation numbers, many jurisdictions have declined requests for immigration holds in order to reduce their numbers. Since January, California has observed a major reduction in deportations through releasing, rather than holding, apprehended immigrants without serious criminal records. Previously, the state accounted for a third of ICE deportations. 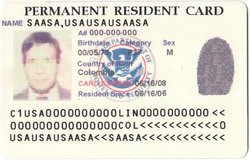 In terms of local citizenship policies, eleven states and the District of Columbia offer driver’s privileges to unauthorized immigrants. Yet, there are conflicting messages between state and local governments regarding the extent to which local undocumented immigrants should be integrated into the society. For example, this March, New York legislators declined to pass legislation that allowed undocumented immigrants to receive state tuition assistance. However, at the local level, New York City is predicted to be the next to issue municipal identification cards to residents, regardless of citizenship.

CAP reports that increasingly, states are moving away from restrictive policies towards integrative ones. Massachusetts Governor Deval Patrick has announced a new program that enables foreign college students to stay in the country and work. The Global Entrepreneur in Resident (GER) Program attempts to work around the limited number of H-1B visas by creating pathways for U.S. educated students to contribute their skills and entrepreneurial talent to the economy. This interest in “foreign-born entrepreneurs” sounds familiar right? It should. The comprehensive immigration reform passed by the Senate last June included the creation of a new class of startup visas for immigrant entrepreneurs- but the bill is stalled in the House.

As the Congress continues to stall, we can expect state and local governments to continue pushing forward their reform agendas within their jurisdictions. As we approach mid-term elections, even city council legislation becomes significant- such as Allentown’s (Pennsylvania) resolution for a comprehensive immigration reform that keeps family together and respects the rights of all immigrants. After all, it is local attitudes that will shape the polls this fall.

IIR bi-weekly news roundup "In the News" is run by Erin Stephens. For more information contact Erin at estephe2@gmu.edu