Effective October 25, 2017, the College of Humanities and Social Sciences’ dean, Deborah Boehm-Davis, is moving to the tech world.

Boehm-Davis is leaving George Mason University after a career of more than 30 years to return to industry, lending her skills in human factors to research and management in a company that develops virtual, augmented, and mixed reality experiences. Not coincidentally, the firm is located near many members of her family. Provost and Executive Vice President David Wu announced Boehm-Davis’s departure in August, and concurrently announced a nationwide search for her successor.

Until that time, the college benefits from the leadership of Interim Dean Robert Matz and Interim Senior Associate Dean Shannon Davis. 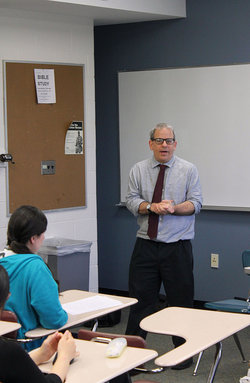 Matz has been a member of college’s faculty since 1993, and continues to teach classes in the Department of English. He brings to the dean’s office a commitment to excellence in research and teaching, extensive experience in managing curricular and faculty affairs, and a strong working knowledge of Mason’s policies and practices. He was formerly chair of the English department and has served on the Executive Committees of the Folger Institute at the Folger Shakespeare Library, and the Association of Departments of English (ADE). He is the author of Defending Literature in Early Modern England and The World of Shakespeare's Sonnets, and the editor of Two Early Modern Marriage Sermons. 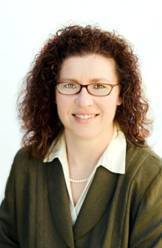 Davis, an associate professor in the Department of Sociology and Anthropology, also has extensive administrative experience, including, in the college, service as the acting director for the Center for Social Science Research and Institute for Immigration Research, as the sociology program’s undergraduate director, and as a member of the college curriculum committee. Her contributions to the university include working with the academic program review process and as a faculty fellow with the former Center for Teaching and Faculty Excellence (predecessor to the Stearns Center for Teaching and Learning). The current Vice President of the Southern Sociological Society, she is the author or co-author of numerous articles and book chapters on marriage, work, and gender and the family, including Methods of Family Research, and is the co-editor of the new book Gender in the Twenty-First Century: The Stalled Revolution and the Road to Equality. Professor Davis received a 2012 OSCAR Mentor Award for her mentorship of undergraduate scholars, and a 2013 Teaching Excellence Award.