A report recently released by the Center for Immigration Studies (CIS) argues that there is no shortage of STEM Workers in the United States. Indeed, the center found that in 2012 there were 12.1 million people with STEM degrees (native and foreign-born) for only 5.3 million STEM jobs. This report echoes similar findings by the Urban Institute, Economic Policy Institute, and the National Research Council. But what does this mean for immigration policy? 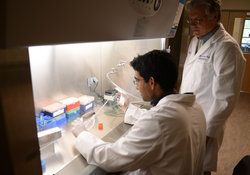 STEM industries and the business elite have been advocating for immigration reform upon the premise that the economy suffers from a shortage of STEM workers. This report, like the others, undermines the validity of this claim and challenges suggested reforms such as getting rid of the H-1B visa cap in order to recruit more high-skilled immigrant workers. However, a recent guest of the IIR, John Dearie, argues in his book Where the Jobs Are that the issue isn’t a lack of STEM graduates; rather, there is a skills gap between the available STEM workers and the actual job skills that new businesses need. Building upon the research showing the majority of net job growth in the last 30 years has come from “start-ups,” Dearie and his co-author, Courtney Gelduldig, travelled the country interviewing entrepreneurs to identify the opportunities and barriers for job growth.

One of the major barriers that entrepreneurs expressed was that available graduates did not have the job skills and talents needed to fill the positions. For example, they complained of gaps between university curricula and the current market- such as graduates of marketing programs having limited knowledge of technology-based marketing tools such as SEM (search engine marketing) and SEO (search engine optimization). This observation was also made by the National Research Council’s report, which described the challenge of finding STEM workers who are able to keep up with the evolving knowledge and rapid advancements in STEM fields. Both publications asserted the contributions that high-skilled immigrants are positioned to make to the U.S. economy. 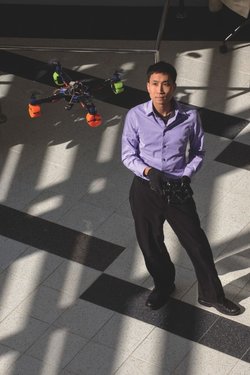 However, the CIS report concluded that the current political push for increased STEM workers does not reflect the reality of the job market; further, that politicians would do better to consider the actual conditions of the U.S. labor market rather than just responding to industry pressures. While certainly the nation can always benefit from better informed politicians, we must remember that America’s job market is part of the global economy and not confined by the nation’s borders. Therefore, we can anticipate that the Congress will continue to petition for policy changes that will make America more competitive globally, including through advocating immigration policies that will attract the best and brightest, no matter their place of birth.

Just the same, a new series of fact sheets by MPI demonstrates that the economy is not taking advantage of the talent of foreign-born workers in the country, as 23 percent of college-educated immigrants in the civilian labor force are affected by brain waste. Therefore, if politicians are concerned about the quality, not the quantity of the STEM workforce, they would do well to attend to this issue of “brain waste.”